The Joy of Life-Long Learning 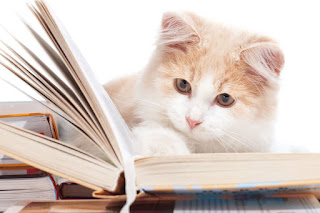 I am currently in sunny Orlando, Florida attending the VMX (Veterinary Meeting and Expo) organized by the North American Veterinary Community.    It is said to be the largest veterinary conference in the world with over 17,000 veterinarians, veterinary technicians, managers, and veterinary team members.  We gather at the Orange County Convention Center for 5 days of veterinary learning, personal growth, leadership training, and fellowship. The number of people here is staggering.   When I arrived for the first time several years ago, I was overcome with the sheer number of people that share my profession.

The rooms are over air conditioned and often crowded -- my first morning session had me sitting on the floor, because I arrived a tad late after stopping to get a Starbucks. The convention center is over two million square feet, so wearing great walking shoes is a must. The bathrooms lines between classes look like a rock concert and the rooms are over air conditioned so you always need a sweater. The giveaways, in the exhibit hall, are so abundant that many people drag around wheeled carts in order to carry their loot.  Today, as I was waiting in line for a free t-shirt, a young boy in line with his dad, gave me a dance lesson - teaching me to “floss” and do the “robot”. (so cute and so fun)

The people here are amazing, because this profession is amazing.  Veterinarians and the people that work in veterinary medicine are the cream of the crop.  They spend years in school and then spend the rest of their lives continuing to learn to care for those that cannot care for themselves.

Why is this life-long learning so important for all of us?

It increases our self-confidence. The more we commit to learning the better we feel about our capabilities.   We are often able to do more, charge more, and feel more accomplished.

It is important to us functionally.  If we want to continue to work in an ever changing profession and be proficient, we need to continue to learn.  Whether it is formal classroom learning or simply talking to another person that shares our profession, we need to learn about advances in order to remain relevant.

It keeps our passion alive.  In order to continue to work in a highly demanding field and do it well you have to have passion.  Learning something new, helps to rekindle our interest and refuels our passion.

If you have the opportunity, be sure to attend a major veterinary conference like the VMX.  You will learn more than you ever imagined, and you may even get the opportunity to learn some new dance steps.

“It’s what you learn after you know it all that counts.”– Harry S Truman

Join me on the Podcast! 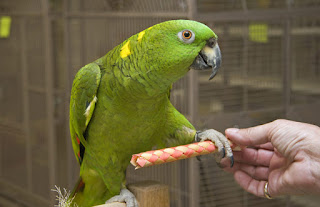 I had a rather full morning with surgery and an afternoon schedule filled with bird patients.  Early in the afternoon, I was in the exam room with a wonderful woman and her pet Amazon parrot.  We talked and laughed as I examined her bird.  I took some tests to determine why her parrot was ill.  The woman was super sweet and animated as we talked about her “baby”.  At some point, near the end of the appointment, I left the room to make up some medications for her parrot.  I asked one of my technicians to go over the medications with her so I could move on to the next client.  When the technician went into the room, the woman was in distress saying that she needed to get out of the room because she was becoming overheated.  The technician apparently helped her out to the reception area, then all hell broke loose.  I was in the next room and did not know this was occurring.  The next thing I know, my technician with a panicked look on her face came to me and said, “Dr. Cappel, we need you in the reception area for an emergency!”  I dropped what I was doing and hustled to the waiting room expecting to see a dog or cat in distress.  What I actually saw was my manager sitting next to a woman that was struggling severely to breath.  She could not really talk as she was sucking for air, but she croaked out, I need oxygen.  I asked the manager if 911 had been called and she said, “Yes, they are on their way.”  I asked if someone was getting oxygen, and my technician ran to get the machine.  The client clutched my hands and looked at me with terror in her eyes and blue lips and whispered, “Dr. Cappel, don’t let me die.”

Oh, good Lord!  This is not something that I am qualified to handle.  If her bird had collapsed, I would know exactly what to do, but this?   I didn’t even realize that it was the same lady that I was just talking to in the exam room.  My mind was all over the place.  She kept sucking for air and trying to vomit all the while clutching at my manager and myself and begging us to help her.  My manager rifled through her purse, trying to see if there was a medical alert card, or medications that might help us determine what was wrong.  When the oxygen machine arrived in the reception area, I tried to apply the dog mask as best I could to her face.  People’s faces are shaped differently than dog faces, so it really didn’t fit, but it was better than nothing.  She continued to struggle and panic.  The only thing that I could think to do was to try to get her to calm down and focus on getting oxygen into her non-working lungs.   As I held the mask to her face, I decided that the only thing I could do was to get her to focus on me and calm down.  If I remained calm, maybe she would too.  So, with terror in my mind, I put on my calmest doctor-face and started to tell her that I was not going to let her die.  I was here with her and she needed to focus on getting the oxygen into her lungs.  I kept telling her that she was doing great, the EMS was almost here, and that I was there with her.  She was not going to die.  It seemed like forever, but she began to calm a bit and her lips became slightly less blue.  Her terrified eyes bored into mine as I calmly reassured her.  In my brain, I was begging God to keep her from dying in my arms. She was calmer and breathing a little better when EMS arrived. They quickly loaded her onto their gurney, placed an appropriate oxygen mask on her face, and wheeled her to their vehicle.

After she was safely with the EMS team, I was able to take in the details of the situation and thank God that I didn’t have to witness a human death.  Our veterinary team, our manager, and the other clients present in the reception room were all outstanding.  They voluntarily became involved in keeping this woman safe and getting the emergency response team in route.  They jumped into action to help a fellow human being through a crisis.  They acted to the best of their ability, with kindness, to do what they could to help her.  The teamwork and concern were remarkable.

Veterinary teams are trained to respond to an animal emergency -- not human.  After she left, the team attended to her Amazon, setting him up to board for the evening and giving him his medication. What a great lesson in staying in the moment, keeping calm, and taking action – even if you have no idea what you are doing.  Compassion is compassion, and we all stand together to care for every soul.

"Keep calm because pain makes you stronger, fear makes you braver and heartbreak makes you wiser." - Ritu Ghatourey
Join me on the Podcast!
The Veterinary Life Coach Podcast with Dr. Julie Cappel
https://podcasts.apple.com/us/podcast/the-veterinary-life-coach-podcast-with-dr-julie-cappel/id1451549730


These past few years were big for me; I changed my career in a significant way.  I didn’t give up veterinary medicine -- no -- I am still and always will be a practicing veterinarian. I did add some new skills to my bag of veterinary tricks.  I took and completed a course in life coaching and became certified as a life coach.  I began chasing this dream about five years ago, so completing it in 2019 was a big accomplishment.

I have always studied leadership and have enjoyed working with people on problem solving.  Working as a hospital owner for over 20 years, I found many opportunities to be a leader and help others lead, but I saw a need in our veterinary community for someone to coach veterinarians through the struggle of stress, anxiety, and burnout.  I developed a blog, podcast and several presentations focused on helping veterinary professionals. 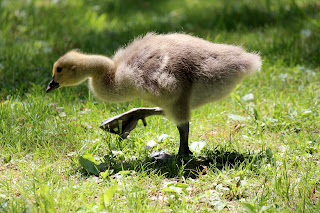 I have presented at various veterinary meetings and joined a life coaching school that taught me the skills to help veterinarians understand their brains, and provided them the skills to manage their minds around the challenges that we all face. It has been a joyous, often difficult, and worthwhile journey.  Coaching veterinarians is amazing, and I love helping people discover themselves and challenge their status quo.

Did you know that people laugh when you tell them you are a life coach? Why did I choose to face my fear of ridicule and doubt from my peers?  Why do it?

Stepping out of your comfort zone will open doors for you.  Each new skill or experience will build on the last, and things that you never thought possible will start to happen for you.  You will meet new people that may help you reach the next step on your journey and open you up for the next opportunity.  Staying comfortable and living small will feel good in the moment, but will keep you from new experiences and interesting encounters. My coaching has led me to so many interesting people and experiences.

Stepping out of your comfort zone will sharpen your existing skills.  If you embrace the lessons that others teach you, the skills that you previously had will evolve and improve.  When I listen to another doctor in my practice tell me about something that they learned at a continuing education event, I open myself up to the possibility of learning a better way.  My skills will be improved because I am not afraid to try to do something differently. I become a better veterinarian because I stepped out of my comfort zone.

Stepping out of your comfort zone will make you a better person.  When you start to challenge yourself, you will begin to awaken parts of you that you never knew existed.  You will discover that you have many strengths that you never knew you possessed.  It is much easier to keep control over the known things in your life by living small; however, stepping into a new experience will open you up to opportunities and discoveries about your strengths and weaknesses.  Trying new things allows you to understand yourself better and builds character.

So, try something new this year that scares you a little.  Try to stretch and challenge yourself in small ways.  The more you try it, the easier it will get.  You will feel fear but push through the fear and work towards growth.  You will discover things about yourself that you previously did not know and become a more authentic you.  You may just help others in the process.

“There are no great limits to growth because there are no limits of human intelligence, imagination, and wonder.”  - Ronald Reagan

Join me on the Podcast!

The Joy of Life-Long Learning

I am currently in sunny Orlando, Florida attending the VMX (Veterinary Meeting and Expo) organized by the North Americ...